The fintech industry in India has flourished rapidly with time. India is the second-largest fintech hub in the world, according to the India Fintech Report 2019. This industry has received the greatest funding after payments, with more than 2,000 fintech businesses. As the startup environment in India continues to evolve, more and more women are pursuing the entrepreneurial dream and succeeding in their businesses. Other Indian women who are still restricted to the conventional homemaker position are being given the freedom to think for themselves thanks to this. According to a recent study, only two Indian towns reached the top 50 list of the best cities in the world for women to work.

In this article, the most successful Indian women entrepreneurs are recognized. Think about the growth of every company that these role models have propelled to the next level. 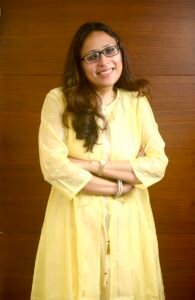 Radhika Gupta, CEO of Edelweiss AMC. She calls herself a woman on a mission with wings of fire. She is an asset management professional, who enjoys leading teams and building businesses. Gupta is the daughter of an Indian diplomat, global citizen, and child of change. She is the only female head of a major asset manager in India. The chief executive officer (CEO) of Edelweiss Asset Management Limited, Radhika Gupta is also known as “the girl with the broken neck”. Her talk by the same name went viral 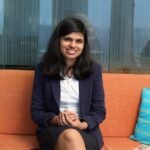 Entrepreneurship is one of the boldest and most rewarding journeys that a woman can embark on to fulfill her goals of equal opportunity, independence, and ambition. Sonam Srivastava founded Wright Research in 2019. It’s a SEBI-registered investment advisory firm that uses Deep-Tech, AI & ML modules to invest using Quant research.

Smashing stereotypes, Sonam Srivastava is a globally recognized researcher in the field of machine learning in finance & quantitative investing. Her role as a female entrepreneur has been the most engaging and fulfilling in her career. As an entrepreneur, she makes business decisions true to her vision that has worked well in the big bad world, and there is nothing more fulfilling than that for an ambitious woman. There are always bigger and better challenges around the corner, inspiring a drive to improve and grow.

In the initial part of her journey, she was met with a lot of skepticism, which was very fulfilling to get over. She has seen many achievements in her journeys as well. She has become a somewhat recognized face in the male-dominated investing and trading community. She is often introduced as the first female member to participate in various industry events, which is thrilling. She has built a strong team that efficiently manages over 100 crores and is greatly appreciated by her clients. Not just that, they can not wait to do more and grow bigger and better and are building relationships to achieve the same. Her firm has raised an undisclosed amount of pre-seed funds from BSE Institute Limited, Ryerson Technology startup Incubation Foundation (BRTSIF), Govt. of India, Nidhi SSS. It has also been awarded by NASSCOM under the top 50 AI game-changer startups. Recently the startup has raised $1 million in Seed Funding from Orios Venture Partners also.

She aims to give back the support she has received from the BRTSIF incubator to the next female leaders, supporting them and enabling them in their journeys. 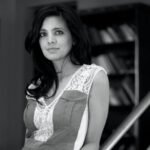 Dr. Miniya Chatterji, founder, and CEO of Sustain Labs Paris helps traditional organizations become more sustainable and profitable. Based in India, France, and New Zealand, the enterprise is supported by the French government’s wing for scientific and academic exchange in India. Sustain Labs’ philosophy is that every organization must be a social entrepreneur such that its business model must not only ensure long-term financial stability but also social good. Leading sustainability experts from across the world are brought together to work on projects.

Amrita Malik is the co-founder and chief business officer (CBO) of Innoviti Solutions, a Bengaluru-based fintech player that provides digital-payment solutions for merchants, banks, and brands. The award-winning company leverages artificial intelligence and Big Data to offer solutions to over 1.3 billion consumers, 200,000 brands, 30 million merchants, and 1,000 banks and financial service providers. Malik’s journey in Innoviti began 12 years ago. After doing her Bachelor’s in computer applications followed by an MBA in marketing and finance, Malik joined Innoviti in 2009 as a senior sales manager. She rose through the ranks to become a part of the apex management. Recognizing her contribution and commitment to the vision of the company, she was designated as the cofounder and CBO. 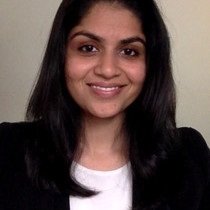 The co-founder of NIRA, an Indian fintech business that provides low-income people with small-ticket loans. She thinks that by offering seamless services through her business, she can empower those from lower socioeconomic classes. She has worked for Citigroup and was a vice president at Goldman Sachs. At the Institute for Quantum Computing, she has served as a graduate research assistant. She received her education at IIT Delhi and the University of Waterloo in Canada. After her grandmother, she is the family’s first entrepreneur.

Ruchi Kalra, Co-Founder at Ofbusiness
Together with Asish Mohapatra, Vasant Sridhar, Bhuvan Gupta, and Nitin Jain, serial entrepreneur Ruchi Kalra created the fintech and business-to-business startup Ofbusiness in 2016. Previous to founding Oxyzo Financial Service, the Indian Institute of Technology (IIT) Delhi alumnus worked as a partner with McKinsey & Company. After a $160 million round headed by SoftBank Vision Fund II valued the company at a staggering $1.5 billion, Ofbusiness became a unicorn in July. It provides finance and assistance for acquiring raw materials for small and medium-sized businesses (SMBs).

Smriti is an entrepreneur, product engineer, fin-tech developer, and blockchain enthusiast who is passionate about her work. She is the founder and CEO of “InvestoAsia,” and she is working with her team to transform the way people invest in various asset classes. InvestoAsia was founded in 2019.

Since she was a teenager, she had been an active investor. She follows Warren Buffet’s investing philosophies and believes in value investing. Traditional approaches, she realized, that traditional methods are not scalable enough to provide financial inclusion and awareness, so she founded InvestoAsia.

Entrepreneurship is her natural calling; it allows her to dream and achieve goals. It has its ups and downs, but the level of excitement and vitality it generates is a prize in and of itself in the startup journey. She wishes to continue learning and growing each day in order to one day be able to repay society. Well, she always encourages ladies to dream big. She wants to see more and more ladies break free from their limitations and dream big! Apart from that, she would advise staying focused on the value that your product provides to the user/society rather than expanding beyond this circle of revenues, earnings, valuation, and investments.