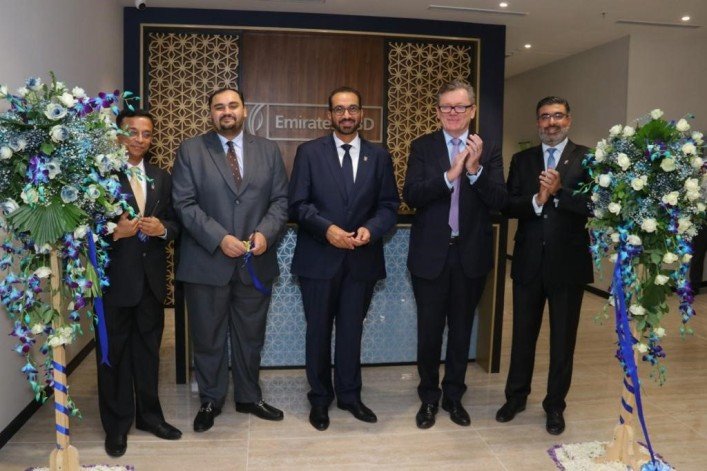 Backed by an investment of USD 300 million, the expansion demonstrates the Group’s commitment to India as a key growth market against the backdrop of strong bilateral ties between the two countries.

India and the UAE have had long-standing strategic and economic ties over the years, which have further been catalyzed with the recently executed Comprehensive Economic Partnership Agreement (CEPA).

Emirates NBD is the only UAE-based bank with a strong branch presence in India. In 2017, the bank inaugurated its first full-fledged branch in India’s commercial centre, Mumbai, marking the sixth country where Emirates NBD has an in-shore presence after UAE, Saudi Arabia, Egypt, Singapore, and the United Kingdom in addition to Turkey, Austria, Germany via its 2019 acquisition of DenizBank.

With the enhanced geographical coverage and its extensive network across key trade corridors, Emirates NBD is well poised to facilitate increased volumes of trade and capital flows between the two countries as well as the larger MENAT region.

Hesham Abdulla Al Qassim, Vice Chairman and Managing Director of Emirates NBD Group commented, “India has always remained a strategic market for Emirates NBD, and we are delighted to expand our operations with the opening of our new branches. Our deep and long-standing relationship with India has largely mirrored UAE’s own strategic and business cooperation with the country. Emirates NBD’s India branch operations are already delivering a promising start, and we maintain ambitious aspirations for the future.”

Shayne Nelson, Group CEO of Emirates NBD said, “Our international network is of unique advantage to Indian companies and businesses, as we are the only bank in the region with a strong regional presence in markets that India shares important trade and investment ties with.”

Added Sharad Agarwal, Chief Executive Officer, Emirates NBD Bank India, “Following on from the success of our first branch, we are delighted to offer Indian businesses a full range of banking services including trade finance, treasury services, and bilateral and syndicated loans in addition to supporting NRI (non-resident Indian) customers. Our new strategically located branches will offer improved geographical coverage, allowing us to cater to both the northern and southern markets of India, thus enabling ease of banking including smoother trade financing and fund and non-fund-based facilities for customers.”

Emirates NBD has historically supported and banked many Indian industries and institutions, and currently has relationships with major Indian banks and financial institutions and large and prominent Indian companies across key sectors such as petrochemicals and chemical manufacturing, financial services, retail and pharma, as well as IT.

Indians constitute the largest expatriate community in UAE and a third of Emirates NBD’s customer base are Indian expatriates. Emirates NBD is a significant player in the UAE-India remittance corridor. The bank’s 60-second zero-fee digital funds transfer service to India, DirectRemit, has facilitated 2.5 million remittances to India worth nearly USD 2 billion in 2022.