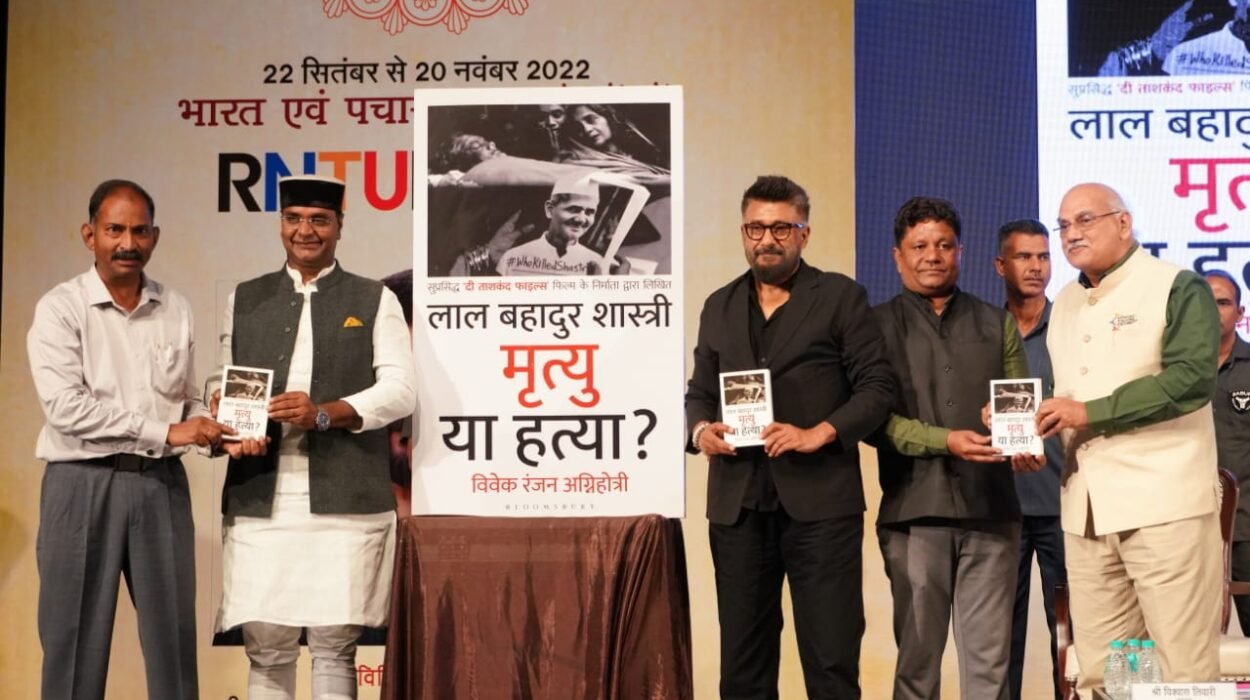 Bhopal, Oct 2022: As a prequel to the most awaited Indian cultural festival – Vishwarang 2022, renowned film-maker Vivek Agnihotri released his book- “Lal Bahadur Shastri: Death or Murder”, at Ravindra Bhavan, in the presence of the Medical Education Minister of Madhya Pradesh Mr. Vishwas Sarang who was the Chief Guest, along with Chancellor of Rabindranath Tagore University, Shri. Santosh Choubey.

On this occasion, Mr. Vishwas Sarang Lauded Rabindranath Tagore University for providing quality education and a global platform to its students. Further congratulating Vivek Agnihotri for his book, he highlighted how thousands of Indian revolutionaries have sacrificed a lot for the freedom of India. He added that Late Lal Bahadur Shastri believed that the youth of this country is the future. He closed his speech by praising how Vivek has done an in-depth study for his work with utmost sincerity and honesty.

Shri Santosh Choubey spoke about the Vishwarang festival 2022 which will be held simultaneously in 50 countries including India. There are multiple creative sessions and programs focused on Indian culture, literature and art which will be organized from November 14th to November 20, 2022 at Kushabhau Thackeray Auditorium (Minto Hall), Rabindra Bhavan, Rabindranath Tagore University. With this event, we aim to take Hindi and other Indian languages ​​onto a global stage.

Author of the book and renowned filmmaker, Mr. Vivek Agnihotri spoke about the importance of this book being released in Hindi and how Shri Santosh Choubey has taken the initiative of Vishwarang to keep Indian art & culture alive. He thanked the Madhya Pradesh government for providing science and medical education in regional languages. He further said that in the world of cinema, movies are made based on the choice of audience, and that is why after a while the standard of films goes down. So he decided to tell stories that would draw people’s attention to important topics or the kind of content that people often do not see in movies.