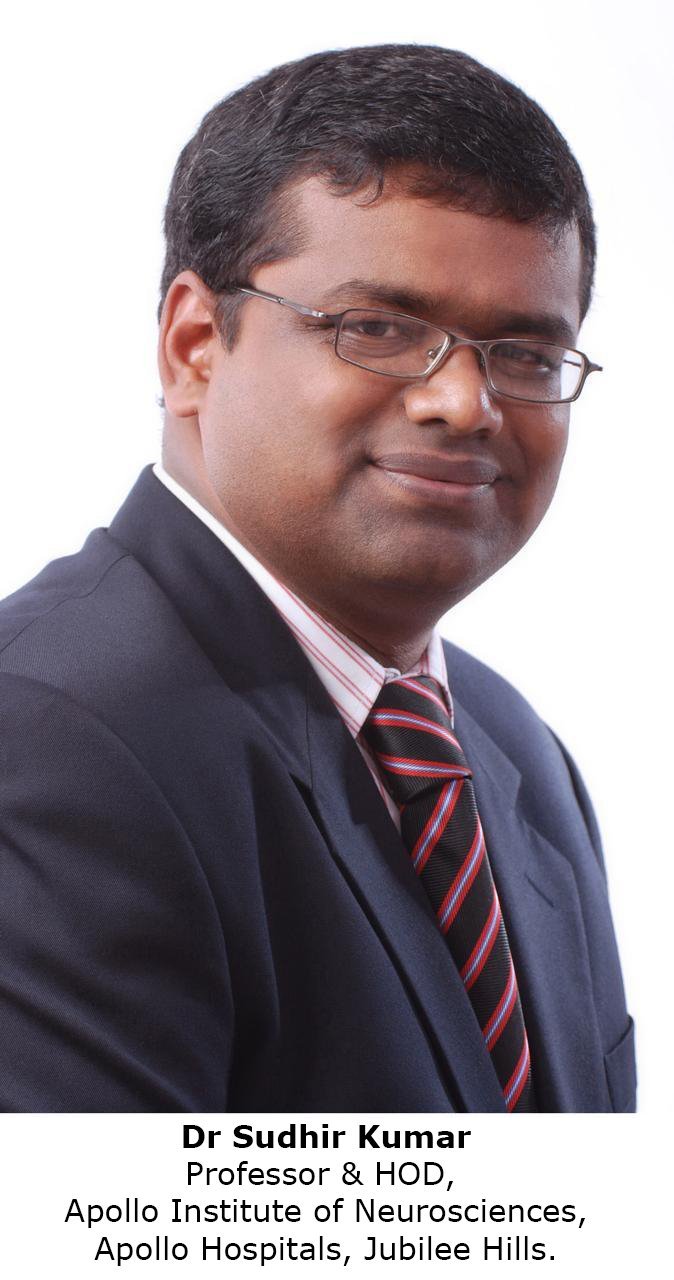 Stroke is a serious neurological illness caused by blockage of blood supply to or bleeding into a part of the brain, resulting in paralysis. It is the third leading cause of death and disability in the world, only behind heart attacks and cancer. One in six persons develops a stroke in their lifetime and the prevalence of stroke increases to 1 in 4 people aged 40 or above. Every 20 seconds, one Indian suffers a stroke (or three persons every minute) and the numbers are alarmingly increasing due to changing lifestyles.

In Telangana including Hyderabad, the cases of stroke have spiraled since the COVID-19 pandemic. We have seen at least a 20% rise in cases of stroke in Hyderabad. COVID-19 infection increases the risk of stroke due to inflammation as well as a hypercoagulable state (when blood clots easily in brain arteries). Covid vaccines also slightly increase the risk of strokes. Other causes contributing to a rise in stroke cases are anxiety & stress (which have increased since the pandemic), sleep deprivation (due to late office hours or engaging in late night parties) and alcohol abuse (Telangana holds the dubious distinction of being the second ranked state after Arunachal Pradesh in terms of alcohol consuming households).

Stroke prevalence is high in rural Telangana too. In a study conducted by Apollo hospital, Hyderabad in 2020 (published in the Journal of Neurosciences in Rural Practice), the prevalence of stroke was found to be 27 per 10,000 population in Moinabad Mandal. Risk factors for stroke in rural Telangana were found to be smoking, alcohol consumption, high BP, high cholesterol, and central obesity.

Another feature noted in Telangana has been a higher incidence of stroke in a younger population, mostly men aged 50 or less. Alcohol consumption and smoking have been found to be the causative factor of stroke in 70-80% of them. Post-Covid complications, unhealthy dietary habits, and lack of exercise also contributed.

All is not gloomy when it comes to stroke in Telangana, there are silver linings too. People are now more aware of stroke symptoms and the fact that emergency treatment is needed for complete recovery. Compared to 5 years back, we are now doing double the number of stroke thrombolysis (clot buster therapy) and thrombectomy procedures (interventions to remove the clot from the brain artery), which are time-bound treatments (effective in the first few hours after symptom onset). The availability of CT/MRI scan facilities and expert stroke care centers has also improved in Hyderabad and the rest of Telangana. We are now able to guide doctors in rural centers through the TELESTROKE program (via Telemedicine) to administer advanced stroke treatments. Post-stroke care has also improved. People understand the benefits of rehabilitation and physiotherapy in stroke survivors, and this is reflected in the increased demand for rehabilitation beds in our hospital.