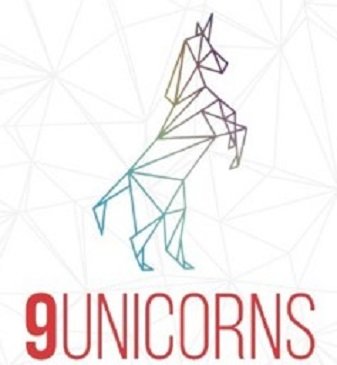 Mumbai, May 2022: 9Unicorns, India’s leading early-to-growth stage accelerator fund, has announced the fifth closureof its maiden fund at $100 million. The fund has so far invested in 110+ idea & product startups including a few growth stage / series Cplayers like Vedantu, ShipRocket, ShopKirana.

While the fund was launched in late 2020 with a total size of $50 million, the overall positive sentiment in the Indian startup ecosystemand fund’s current portfolio performance has led 9Unicorns to double at $100 million so far.

The accelerator fund has madeinvestments in 110+deals so far.  It plans to invest $500K to $1 million in the idea stage and, up to $2 million in high-growth stage Series C and above startups this year. The fund has invested in startups like Vedantu, Melorra, ShipRocket, Reshamandi, Biddano, BluSmart, IGP.com, Faarms, Instoried and GoQii.

Commenting on the fifth close, Dr. Apoorva Ranjan Sharma, Managing Director and Founder of 9Unicorns, said, ” Our unique approach to redefine idea stage funding has led to an increased fund size with several leading LPs believing in our strategy. Besides, last year was one of the best times for the startup ecosystem with a funding rush. We invested in 101 deals in 2021 and plan to double that amount this year. We will finish deploying the fund by mid next year, post which we plan to launch our second fund.”

Some of the category leaders from 9Unicorns portfolio

Backed by global LPs,  9Unicorns’ USP lies in the fact that it  allows the startups to tap into its vast Indian business communities in cities beyond the metros  immediately enabling them to go pan-India. It directly allows getting early customers, distribution partnerships, cross-portfolio synergies for startups leveraging the pre-existing network of over 5500+ investors, founders, and executives in its ecosystem.

9Unicorns is reviewing & reaching out to over 700+ startups monthly to ensure that seed funding in India improves further, and more founders get access to funding & resources to solve local & global problems.

Current extension of fund to $130M ensures that 9Unicorns capitalizes on the gap that exists in the Indian seed funding space.

9Unicorns has reviewed over 9180 startups, & invested in 110 deals. It’s able to attract the serial entrepreneurs starting their next innings, the best tech talent from top institutes & the most disruptive startups from Tier II, III Cities in India.

One of the portfolio founders is Anurakt Jain, founder ofrevenue based finance firm Klub, said,

‘’9Unicorns has been a key supporter from Day 0 for Klub. 9Unicorns team is more like founders turned entrepreneurs, 9Unicorn’s latest fund raise from $50M to $100M has enabled them to double down in portfolio significantly in subsequent rounds of financing. In current markets, it has become extremely crucial to have a long term committed partner like them in any startup.”

Another portfolio founder is Dr Arbinder Singal, a pediatric surgeon by qualification, and a 2X successful entrepreneur who sold an internet startup a few years back.

“Chemistry of 9Unicorns’ to co-invest with top Tier funds is remarkable. One of the most founder friendly teams in the VC ecosystem. As we build fitterfly into a largest digital healthcare platform, their partnership & pace of decision making in multiple rounds is something I would always recognize as the most important quality.”