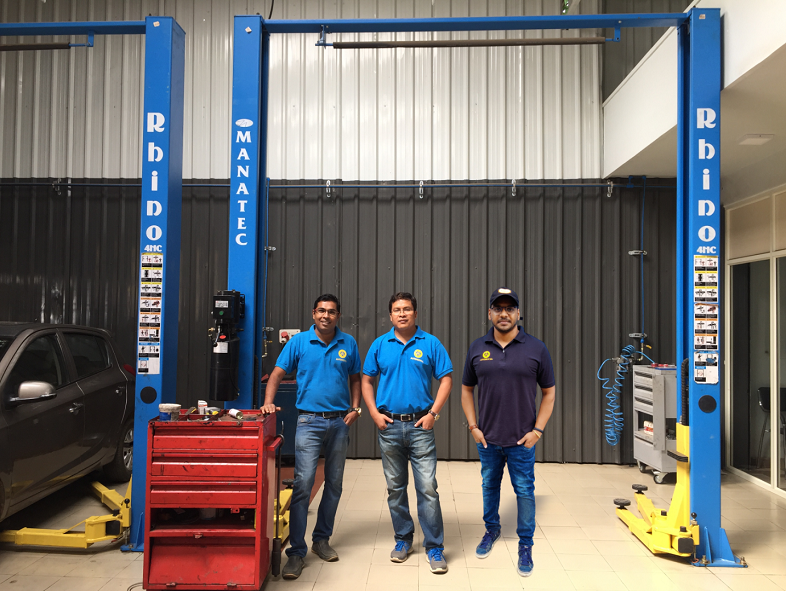 November 11, 2022, Bengaluru: Full-Stack Mobility solution provider Automovill has raised Rs 2.15 crore in a Pre-Series A round led by Inflection Point Ventures. Following a hybrid & flexible business model, Automovill has the 3rd largest presence across India, while catering to 0.15Mn+ customers, Automovill has enhanced its technology offerings to strengthen and organize the auto after-service and maintenance industry.

In order to improve current products and bring about synergy in technology, the funds raised will primarily be used to expand the current scope of capital expenditure. Furthermore, they will strategically channel and smoothen operations, and broaden their marketing scope. This will include carrying out ongoing research on potential abilities to fix the challenges of car servicing by introducing a hassle-free, open, and affordable solution via a technological platform as well as assisting in the accumulation of orders and creating direct and indirect jobs within the ecosystem, thereby contributing to the growth of its partners.

Mitesh Shah, Co-Founder, of Inflection Point Ventures says, “India is one of the largest automobile markets in the world. We have almost all the auto brands from affordable to luxury cars being sold in India. However, the post-sales and service journey is quite broken at multiple stages. Maintaining cars by using dealers’ service centers is an extravaganza while customers don’t feel safe leaving their cars with the local garage as it can lead to more problems than solutions. Automovill is tapping into this market which is highly expensive on one end and totally unorganized on the other. Our interest in the company comes from the fact that it is a hugely untapped market with only a few organized players, and we are confident that with the disruptive and tech-enabled strategy of Automovill, we will see them growing faster than its peers at pan India level.”

Automovill Technologies was founded in 2015 by a trio of experienced partners, Mridu Mahendra Das, and Chinmay Baruah, and later joined by Ramana Sambu, who have found cost-effective, hassle-free, and customer-oriented service for every car owner. At present, Automovill is present in 20 cities in India catering to retail customers and pan India clients from used car sellers, ride-hailing, and auto insurance companies through its network of 200+ workshops.
Due to the limited number of players who are actively attempting to organize this market, Automovill has the advantage of capturing a larger share of the market before it becomes overcrowded.

The garage network is built on stringent parameters. The partners who wish to come onboard Automovill’s platform are put through a selection process for service and repair work. Customers can make a service reservation through the company’s website, mobile app, or customer service line. The operation executive sends a driver to pick up the car from the customer’s location and deliver it to an appropriate vendor partner after receiving confirmation of the request and comprehending the car issue. After the customer has approved the job estimate, the service/repair work commences on the vehicle. Throughout the process, the customer is sent pictures and videos of the ongoing work to keep her abreast with the progress. After completion, the customers can send the payment through multiple online channels while the bill is sent in an email. The designated driver returns the customer’s car after the payment has been made.

Mridu Mahendra Das, Co-Founder & CEO, Automovill says, “The team has quickly picked up our business model and presented a very comprehensive analysis and data collection for Automovill. It reflected the perfect impression of Automovill. Everything was done in no time and hence the overwhelming response from the investors in IPV.”

Indian used car volume was estimated at 3.9 million units ($18 billion in value) in FY21, down from 4.1 million in FY20 due to COVID. The used car market volume in the country is expected to reach 7.7 million by 2026 and is estimated to be valued at $44.7 billion

In the upcoming years, it is anticipated that this segment’s growth would increase even further. Compared to new car sales, used car sales will continue to increase as people’s preferences for personal mobility and the after-sales industry will be more price sensitive in nature. India is also competing well with developed economies and the used car/new car ratio is projected to reach close to 2 by FY26 from about 1.45 for FY21 Compared to Developed markets such as the UK and US have used car/new car ratios of 3.5 and 2.4 respectively.