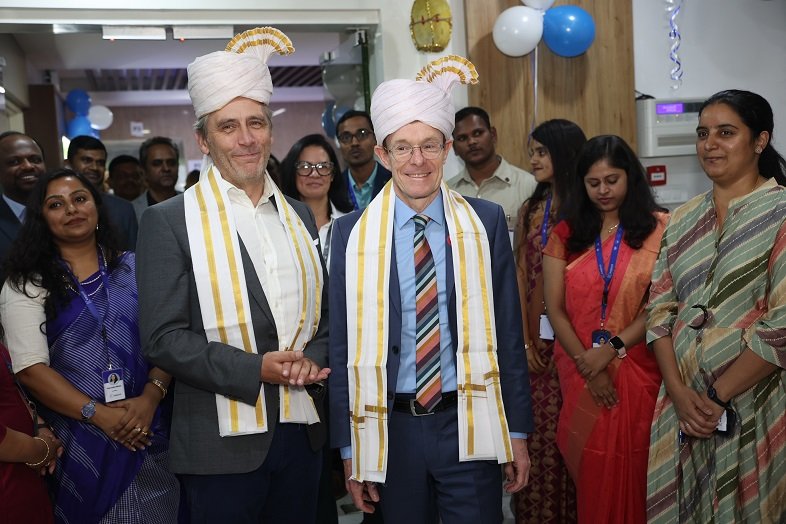 The trade mission has been organised by the West Midlands Growth Company (WMGC) and partners including the West Midlands India Partnership, the Foreign, Commonwealth & Development Office (FCDO) and the Department for International Trade (DIT). The mission forms part of the Commonwealth Games Business and Tourism Programme (BATP), features key partners and will leverage the profile generated by the Games to boost economic ties between India’s sub-regions and the West Midlands.

Technology is a key focus for the mission so a visit to Coventry-headquartered Kagool’s office in Hyderabad was on the agenda for Mr Street. This allowed Kagool to showcase its data modernisation and transformation capability along with how effective close working relationships between the UK and India can be.

Dan Barlow, CEO of Kagool commented. “Kagool has very strong ties with India with three offices in the country.  This trade mission is particularly welcome as it helps to highlight to the world some of the great talent from the region and how we can build fruitful partnerships for a global business.  Not only is India a great investment partner, but the quality of the technical people is also really helpingKagool to compete, thrive and grow on a global basis.”

With an economy worth £105bn, the West Midlands region includes three thriving cities – Birmingham, Coventry, and Wolverhampton, with Birmingham alone being home to more international companies than any other major English city outside London. In 2019, the West Midlands generated an export value of £32 billion – the largest region by value outside of London and the South-East of the UK as well as being officially the fastest-growing tech economy in the UK.