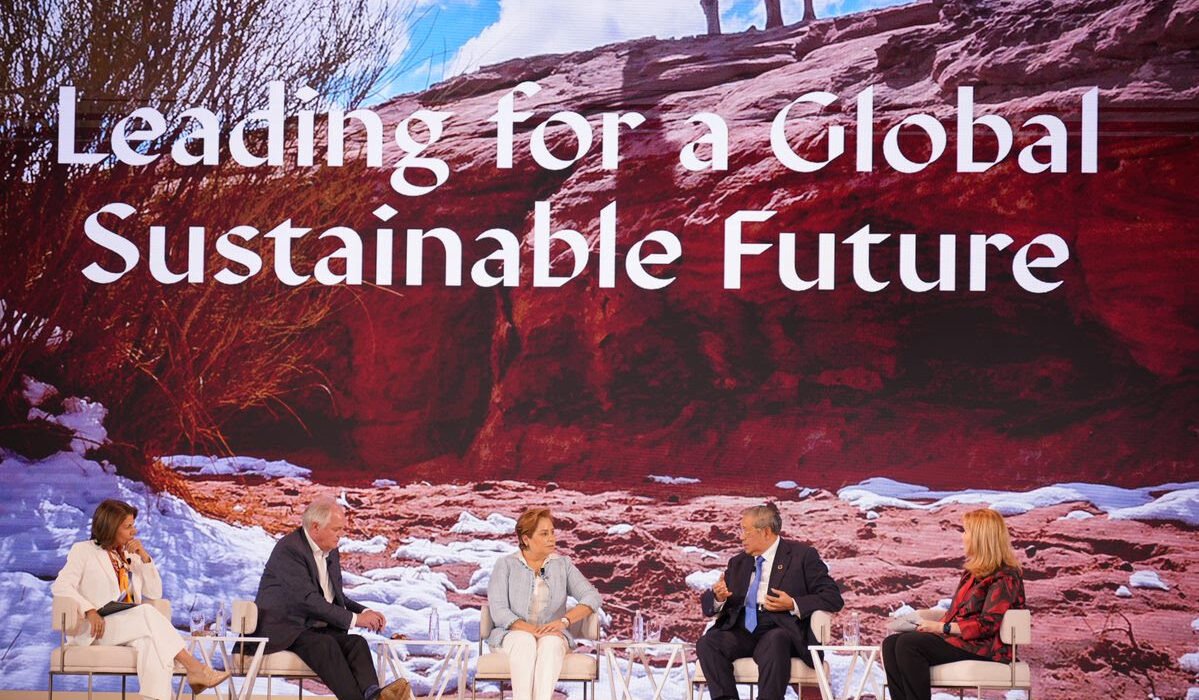 Jeffrey Sachs, Director of the Center for Sustainable Development at Columbia University, highlighted the region’s potential to lead a concerted push toward net-zero emissions during the 22nd World Tourism and Travel Council (WTTC) Global Summit in Riyadh.

“We need to inspire a sustainability revolution,” Sachs said. “Tourism can really change the world by being clean and green but also by showing everyone – politicians, business leaders and civic society advocates – that we are one world and one people. Another solution for this region is to become a superpower in solar and hydrogen power, which Saudi Arabia can lead in.”

With the world facing a climate and biodiversity crisis, Susilo Bambang Yudhoyono, former president of Indonesia, called on world leaders for a mindset shift and an end to the “blame game” between developed and developing nations.

HE Gloria Guevara, Chief Special Advisor for Saudi Arabia’s Ministry of Tourism, said: “Saudi Arabia has shown that you do not need to choose between sustainability and economic growth. Tourism has clearly demonstrated its potential to become a key enabler of both and the Kingdom has continued to show how one can add value to the other.”

Patricia Espinosa, Executive Secretary of the United Nations Framework Convention on Climate Change, said leadership at the intersection between climate change, travel and tourism was vital.

“What we are lacking globally is leadership on the side of government, on the side of private sector and on the side of civil society,” she said. “We need to develop a unity of purpose to build partnerships and foster more cooperation on the issues that matter to all of us to make travel more sustainable.”

Felipe Caledron Hinojosa, former president of Mexico, warned that many nations would still “fail to act” on the climate crisis and called for pragmatism from leaders.

The 22nd WTTC Global Summit was the biggest-ever meeting of global tourism and travel leaders, attracting nearly 3000 delegates, 55 government ministers, 60 ambassadors and diplomats, more than 250 CEOS and, former presidents, heads of state and other dignitaries.