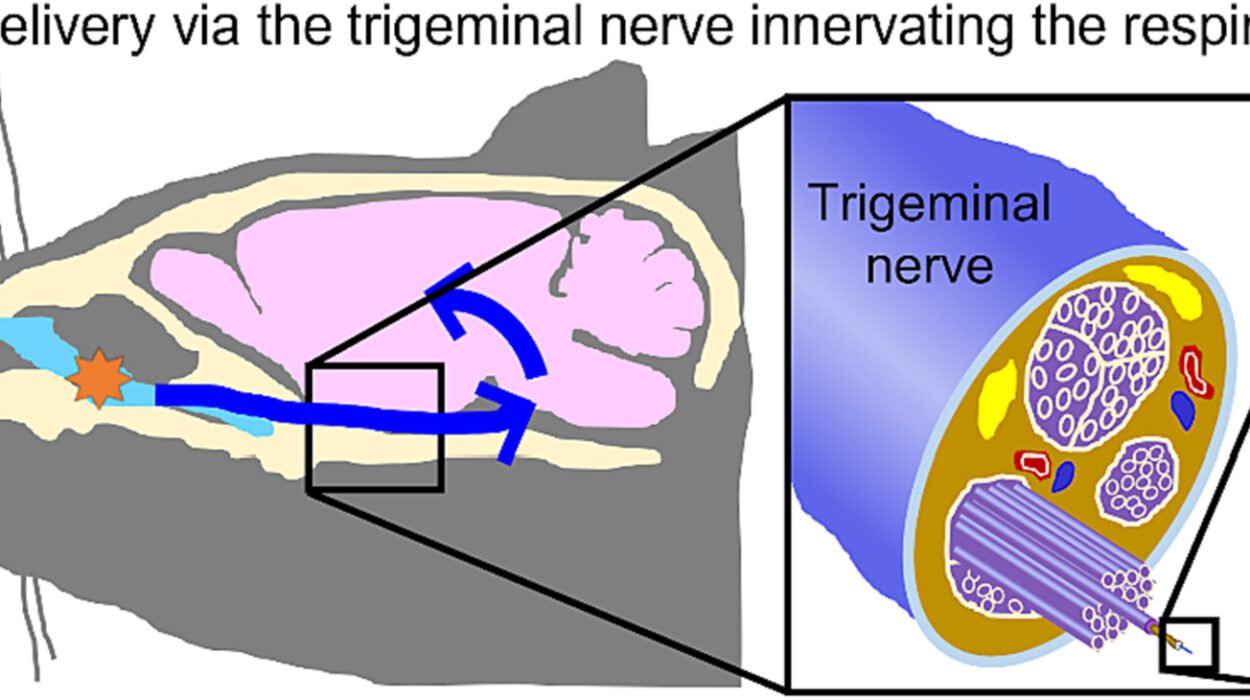 In a recent study, Japanese scientists have developed a novel concept of a nose-to-brain system for the clinical application of neuropeptides. They developed a derivative of glucagon-like peptide-2 and found that when administered intranasally, it is efficiently delivered through the trigeminal nerve to the site of action and exhibits antidepressant-like effects. This is the first demonstration in the world that intranasally administered neuropeptides reach the brain (hippocampus and hypothalamus) via neurons.

To facilitate this, a team of researchers including Professor Chikamasa Yamashita from Tokyo University of Science, Japan, developed a novel drug to test its uptake efficacy by the CNS.

To offer more insight, Prof. Yamashita states: “In a previous study, we combined functional sequences (namely, a membrane permeability-promoting sequence [CPP] and an endosomal escape-promoting sequence [PAS]) to glucagon-like peptide-2 (GLP-2), which is effective against treatment-resistant depression, so that it can be efficiently taken up by neurons. Using this, we aimed to construct a nose-to-brain system mediated by the trigeminal nerve in the respiratory epithelium”.

While studying the uptake of this novel PAS-CPP-GLP-2 by the CNS, the team noted that its anti-depressant effects via in. administration remained on par with intracerebroventricular (icv.) administration at identical doses. Therefore, Prof. Yamashita and his colleagues elucidated a nose-to-brain transfer mechanism to explain why intranasally administered GLP-2 derivatives show drug effects at the same dose as intracerebroventricularly administered GLP-2 derivatives. The team’s findings have been documented in a study made available online on 30 September 2022 in Volume 351 of the Journal of Controlled Release.

The team performed icv. and in. administration of PAS-CPP-GLP-2 into mice. The amount of drug transferred to the whole brain was quantified by enzyme-linked immunosorbent assay (ELISA).

Surprisingly, the ELISA revealed that a much smaller amount of intranasally administered PAS-CPP-GLP-2 reached the brain than intracerebroventricularly administered PAS-CPP-GLP-2. However, both icv. and in. administration showed efficacy at the same dose. This is attributed to the fact that icv. administration introduces drugs to the place of origin of CSF (ventricle), causing them to diffuse into the CSF and spread through the brain. Since the CSF is present in the spaces outside the capillaries of the brain, the team saw that a large portion of PAS-CPP-GLP-2 was likely to stay here without being transported to its working sites of action. On the other hand, nasally administered GLP-2 derivatives were rapidly taken up by the trigeminal nerve of the respiratory epithelium, and efficiently reached the site of action while transiting neurons.

Prof. Yamashita explains: “This suggests that the peptide delivered to the site of action by icv. administration is present in large amounts in the brain but only in very small amounts, as it remains in the perivascular space. On the other hand, intranasally administered PAS-CPP-GLP-2, unlike icv. administration, may be transferred to the site of action without passing through the CSF or perivascular space”.

These results prompted the team to identify the central transfer drug delivery route following. administration. This route involved the principal sensory trigeminal nucleus, followed by the trigeminal lemniscus of the trigeminal nerve, and led to the drug’s working sites. Finally, it was discovered that the migration of PAS-CPP-GLP-2 via nerve transit was the reason behind its pharmacological activity despite its low levels in the brain. administration.

Prof. Yamashita explains, “This is the world’s first drug delivery system that allows intranasally administered peptides to be delivered to the central nervous system via nerve cells, delivering peptides to the site of action with the same efficiency as icv. administration.”

Speaking about the future applications of the team’s findings, Prof. Yamashita concludes: “Current data suggests the possibility of extending the use of this system from treating depression to delivering drugs in patients with Alzheimer’s disease. It is therefore expected to be applied to neurodegenerative diseases with high, unmet medical demand.”