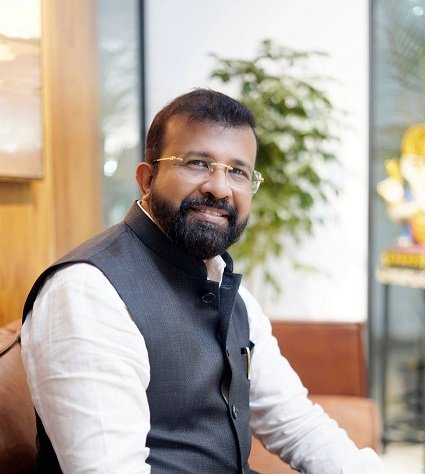 Owing to the great pace at which mass urbanization is taking place in India’s foremost city, Mumbai, the demands for more housing looks perpetually rising against the geographic reality of limited land being available for such housing projects. Mumbai has always been a thriving commercial hub for as far back in time as most readers will recall but the present situation can only be described as the coastal city bursting at the seams. Housing redevelopment has taken center stage in the government’s policy making agenda in hopes to drive growth in the housing sector and provide much needed relief to people in dilapidated and old buildings. However, redevelopment is neither an ordinary nor a simple task, it involves a multitude of financing, bureaucratic work, research and planning to implement it to good effect. When the hopes of all of the society’s members hang in the balance in such projects, any and every fine detail can make a big difference.

The city is home to people from all walks of life, engaged in all possible vocations, hailing from all parts of our diverse country. People outside the city wish to live here at some point in their lives, for some among the nation’s poorest categories, just getting here is the end all be all. For them, Mumbai is nothing short of a city of dreams, as for those who actually live here know for a fact that Mumbai is way too cramped to be anything of that sort. The rapid upward climb of real estate prices fueled mostly by a lack of free space inside the city can lead to a multitude of problems for the city’s future. If allowed to grow unrestricted, house prices can get to a price point where families would rather move out of the city for greener grass in Bangalore or Indore or perhaps a nascent smart city in the state (Thane, Pune, Kalyan).

Housing redevelopment is both a reform as well as a financial opportunity for old co-operative societies that wish to heed to the sign of the times and answer the call of the city’s housing issue. A combination of factors, namely, risk posed by aging buildings and growing demands for more houses has caused the state government to be much concerned with redevelopment projects and so much so that they’re actively motivating old societies to undergo redevelopment with tax relief as well as interest rate cuts. Some 30,000 buildings will undergo redevelopment in the next few years in the western suburbs of Mumbai. The committees of these buildings will be advised on their redevelopment plans by the state government through MHADA, the supreme authority in regards to housing redevelopment in the city. MHADA will provide architects, contractors, project managers etc and the Reserve Bank of India will provide credit through housing finance companies. A successful redevelopment project creates a win-win for all three parties involved, the society, the developers and the banks and on the other hand a stalled or ineffective redevelopment can cause all three parties to lose money by the crores.

To move along to the next step, societies then decide whether they wish to redevelop the buildings themselves or to make a deal with a builder to do the redevelopment on their behalf. It is extremely important for a society’s members to know exactly what the project demands of them if they intend to opt for self-redevelopment. In all other cases it would be the more pragmatic and realistic choice to go with a reputed private developer who has credible experience in redevelopment projects. Teaming up with a private housing developer implies that the developer recognises monetary gain in the sale of additional flats created through the redevelopment project. What this means is that the society and the developer both have a vested interest in seeing through the redevelopment project to its finish line. If in case the project does not succeed in increasing the commercial value of the building, the society as well as the builder stand to lose a lot of money, time and effort. Several recent incentives provided by the government so far as well as the ones proposed to arrive in the near future have made redevelopment of Mumbai’s thousands of old societies into a lucrative opportunity for all involved. A botched redevelopment effort through self-redevelopment not only makes this amazing chance for extra cash and space but also leaves the people without much of a recourse if it happens. On the other hand, in case a redevelopment project with a private housing developer is deemed to be unsatisfactory by the society, it is not uncommon to see them take legal action against that developer or appoint a new developer altogether.