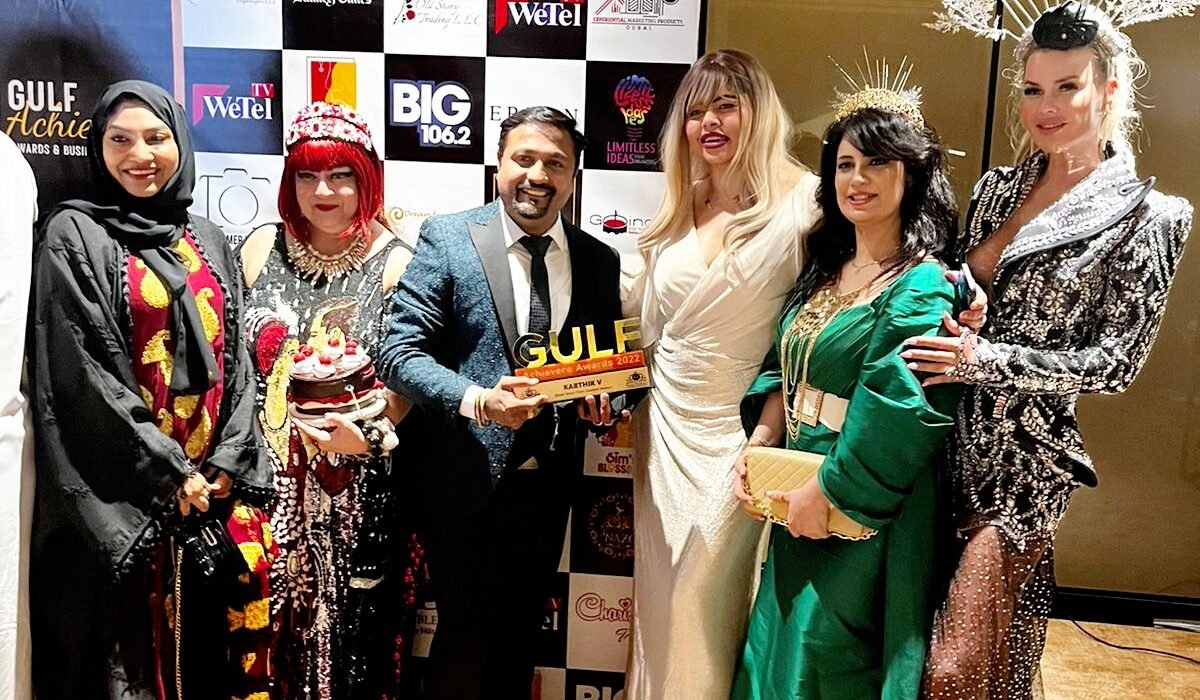 Karthik Vijayamani, a boy from Silicon City Bengaluru City, Karnataka, India, came to Dubai, UAE in the year 2014. Today, he has been decorated with the GULF ACHIEVERS AWARD 2022 FOR BEST SHORT FILMS CONTENT MAKER IN DUBAI for the short films “Dad Says” “Dance Battle 2022 “&“Chords of Love”.

Karthik landed in Dubai hunting for a Job and has Received the Best Manager award for consecutive 5 Years from the Established Dubai bodies for his sincere efforts. This was pure because of sheer hard work and dedication.

Karthik opened a production house, Avighna Productions in 2014 and underwent numerous struggles to find a strong footing in the events and entertainment industry. Today, he has received major recognition at DUBAI. Under the banner of Avighna Productions, he has completed innumerable events like Talent shows, Awards Ceremonies to name a few.

Karthik has also produced famous and fantastic Fan based IPL songs for Chennai Super Kings, RCB & Mumbai Indians, which have crossed over 3.8 million, views on YouTube.

To add to his achievements, he has produced many short films that have impacted society.

His social media handle has been receiving 50000 to 100, 000 views for his short films and is fast becoming one of the handles that people are looking at for great content to watch.

Another unique quality of Karthik is that he believed in giving “People of Determination” equal opportunities to act in his short films, attend his events, take part in talent competitions and so much more. Karthik has managed the protocol of numerous Sheikhs for their prestigious private events

Karthik, to date, remains the same, humble and a hard-working lot, always looking to walk that extra mile. His time management skills are incredible & appreciated by each stakeholder.