It’s been almost 15 years since fans refer to Priyanka Chopra as the ‘Desi Girl’. Recently, actress Geethika did a photoshoot wearing a similarly designed saree and it instantly reminded fans of Priyanka’s ‘Desi Girl’ avatar from the film.

Talking about this getting into this particular look, Geethika says, “Every girl, who wished to become an actress and didn’t have any connections in the industry, looked up to Priyanka Chopra and the kind of journey she has had. I had a great time doing this photoshoot and the pictures came out very well. While we had a particular reference in mind while designing this shoot, we tried to ensure that it has a certain freshness to it.” 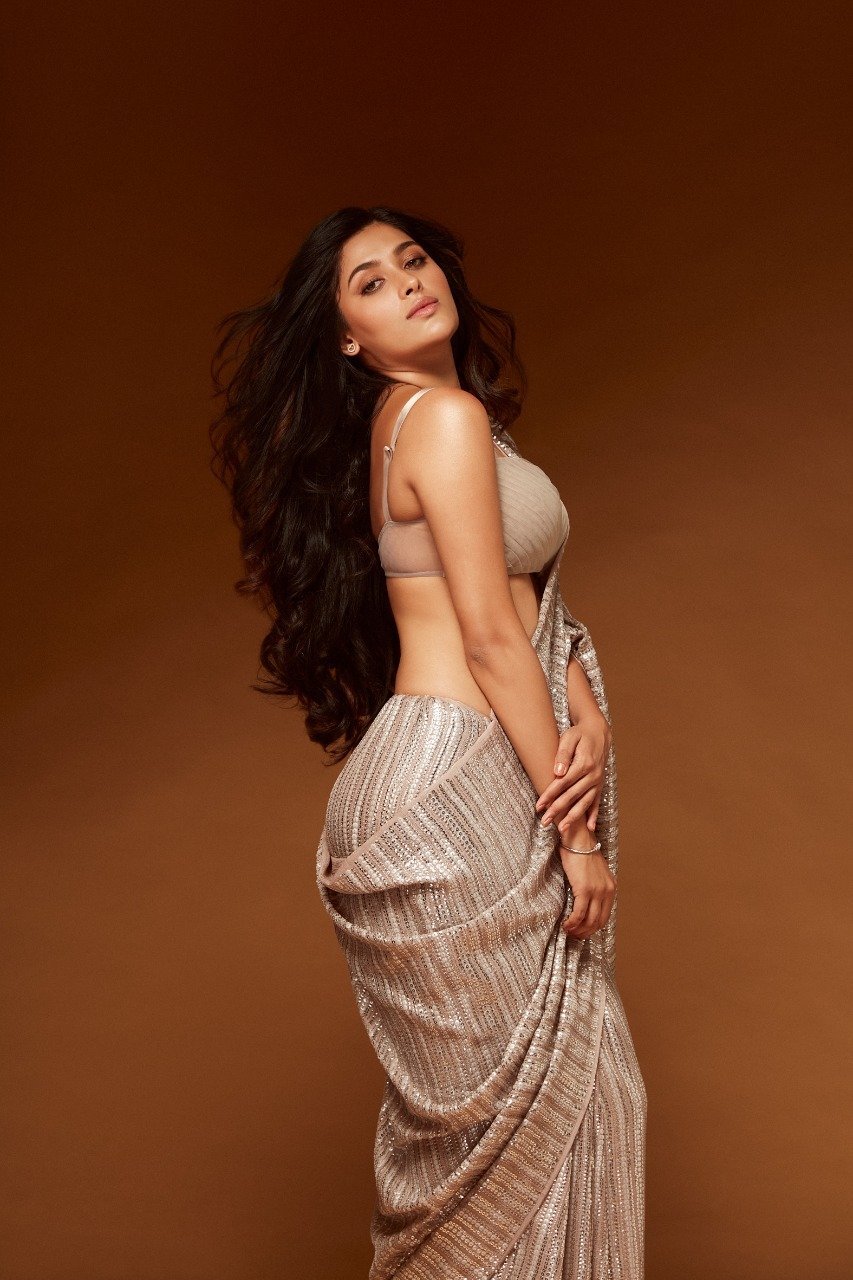 As soon as Geethika’s picture from the photoshoot came out, it went viral. Everybody has been showering praises on her for the way she has worn the gorgeous saaree. Many have clubbed the two pictures together to see how similar or different they look. Geethika, however, wishes to stay away from comparisons.

“She is a senior actor who has achieved so much. She has done so much work and I have just begun my career. This photoshoot was a way for me to express my gratitude to her as somebody who has admired her work over the years. I feel overwhelmed to see all the wonderful comments coming my way on social media”, says the actress.

On the professional front, Geetika will soon be seen in the Telugu film ‘Ahimsa’ which has been directed by ace filmmaker. The film marks the debut of Rana Daggubati’s brother Abhiram Daggupati. The promotional material has ensured the film carries a good buzz and there has been a lot of excitement to see the fresh pairing of Geethika and Abhiram on the big screen.