New Delhi, November 7, 2022: The Department of Tourism, Government of Nagaland, and the Office of the Chief Resident Commissioner, Nagaland House, New Delhi supported by the Chief Minister of Nagaland Shri Neiphiu Rio, Department of Underdeveloped Areas (DUDA) and the Ministry of Tourism, Government of India hosted the first edition of the “Autumn Festival” in the lawns of Nagaland House, New Delhi, to commemorate Azadi Ka Amrit Mahotsav.

Speaking on the occasion, Shri Gyan Bhushan IES, Senior Economic Advisor, Ministry of Tourism, Government of India said, “The autumn festival organized by Nagaland Government at Nagaland House, New Delhi showcases an excellent holistic flavor of the state in terms of art, culture, cuisine, music etc and is a prelude to the Hornbill festival to be held in Nagaland in December.”

Live performances by prominent Naga artists Imna Yaden, Yangertoshi Longkumer, and Governor’s Award recipient Sunep Lemtur were the event’s highlights. A fashion show by the brand Mongken, an initiative of the Department of Underdeveloped Areas (DUDA), also caught the eye of the crowd. The purpose of Mongken is to provide economic opportunities for local designers, skilled artisans, and craftsmen from Nagaland, especially in underdeveloped regions. 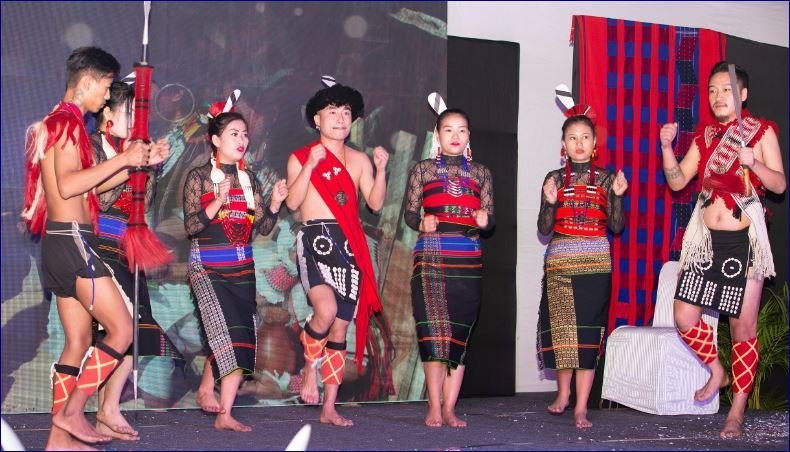 Talking about the Autumn Festival, Lisapila Anar, Senior Public Relations Officer, Department of Tourism, Government of Nagaland mentioned, “The tourism industry was severely hit during the pandemic, and rebuilding it for the future is our priority and prerogative. The autumn festival was initiated keeping that in mind and through it we attempted to showcase and share a slice of the Hornbill festival to potential visitors/travelers from Delhi. We couldn’t think of a better time to do it than hosting it in commemoration of the Azadi Ka Amrit Mahotsav. We hope such events will contribute a greater understanding of Naga culture and encourage people to visit Nagaland.”

In a bid to support local entrepreneurship and Made in Nagaland products, the event showcased textiles, handicrafts, and local food products by young entrepreneurs and artisans of the state. Additionally, the festival was also aimed at providing the visitors a flavor of the upcoming Hornbill festival which will kickstart on the 1st of December.

To bring in the authentic traditional essence the festival had dance troupes from different tribes that enthralled the audience.

In attendance were also embassy officials and dignitaries from different Ministries’ andstate bhajans.