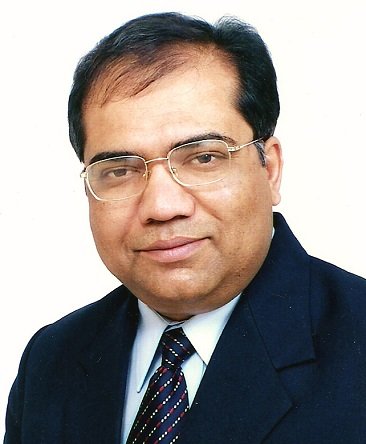 Brampton: Ayurveda enthusiasts from around the world got together online to discuss concerns about bars on promoting traditional medicine in western world. Experts from Industry, educationists and practitioners participated in this session to find out challenges and solutions which are a hurdle for promotion of Ayurveda in developed countries.

It was the second session of Virtual Series on Pharmacological and Therapeutic effects of top 75 Traditional Ayurvedic Medicines in which impacts and effects of Kumariasava prepared from Aloevera were discussed. Effort was initiated by the Canada India Foundation in association with the Consulate General of India- Totonto and Canadian College of Ayurveda and Yoga.

Satish Thakkar, Chair of CIF during his participation said that CIF is working very hard from 15 years to nurture relations of India and Canada in many aspects including the health sector. Mr. Thakkar said as a Civil Society CIF helped to create One million Dollar for research. He requested speakers to focus on research and clinical experiences in this series so that big data could be prepared to showcase. He also put forward the concern that everything in western world is evidence based which demands research and data before implementing anything.

Key person of this initiative Vaidya Harish Verma was grateful to CIF and Consulate General of India in Toronto for supporting the cause of promoting traditional medicines. He initiated today’s seminar by putting forward a question why Kumariasana which is prepared from Aloevera is not so popular. He shared data that Aloevera has 1.6 billion dollar business in the market but Kumariasna has very less share in that.

Dr. Madan Thangavelu joined the session from the UK. He oriented the session and put forward a question in front of stakeholders that why is it that we see Aloevera in Europe in abundance but no one knows about it’s Indian formulation which could do wonders.

Dr. Venkati N Joshi from London said education is required as people are little hesitant to use the formulation of Ayurveda that’s why Aloevera is popular and Kumaraiyasna is not that much accepted.

Dr Guzala Hussain, Associate Professor from Karnatka joined the session and described the formulations of Kumariasava. She mainly described forming alcohol from herbs along with Aloevera and used as medicines.

Dr Gayatri Bhatt, Professor Prasuti Tantra and Stri Roga from Karnatka narrated wonderful impacts of Kumariasava in curing more than a dozen different diseases. She talked mostly about ladies’ problems and it’s solutions with Ayurveda. She shared experiences of patients cured by Kumariasava. Dr. Gayatri talked about even curing many serious cancer patients with Kumariasava formulation.

Key person from political arena S Narendran jumped in to convince that Indians are spread across 98 countries and Chinese are in 18 countries only. He said if Indian diaspora create a fraction of demand for traditional medicines in western world as compared to the Chinese, it can promote Ayurveda efficiently. Former CEO National Accreditation Board for Certification Bodies Anil Jauhari narrated the efforts of the Government to set the standards of regulating Ayurveda medicines to limit heavy presence of metals. He keyed that Ayurveda is not from metals but from plants. He was very positive that the Department of Commerce has come forward to negotiate with western countries for approving Ayurveda products as medicine. Though he raised concerns over lazy execution of policies by the Government of India. Jauhari said even WHO stamped products are not approved by major countries like Canada, UK, USA etc but many countries accept WHO marked medicines. He was concerned that private players are trying to grow the market due to absence of proper regulation of traditional medicines.

Ranjit Puranik, MD and CEO Shree Dhootapapeshwar Limited also put forward concerns of industry related to Ayurveda and traditional Indian medicines. He said any authority may not be impressed by benefits described in PPT. There is a conflict in the interest of Indians to demand their ethnic medicines. He said Chinese raise demand for their physicians, ethnic medicines which is a need of an hour as far as Ayurveda is concerned.

Dr Pallavi Sodhi while thanking the stakeholders of the session said people don’t even realise that if taken in discipline how Ayrveda products as medicine can do wonders to the world.