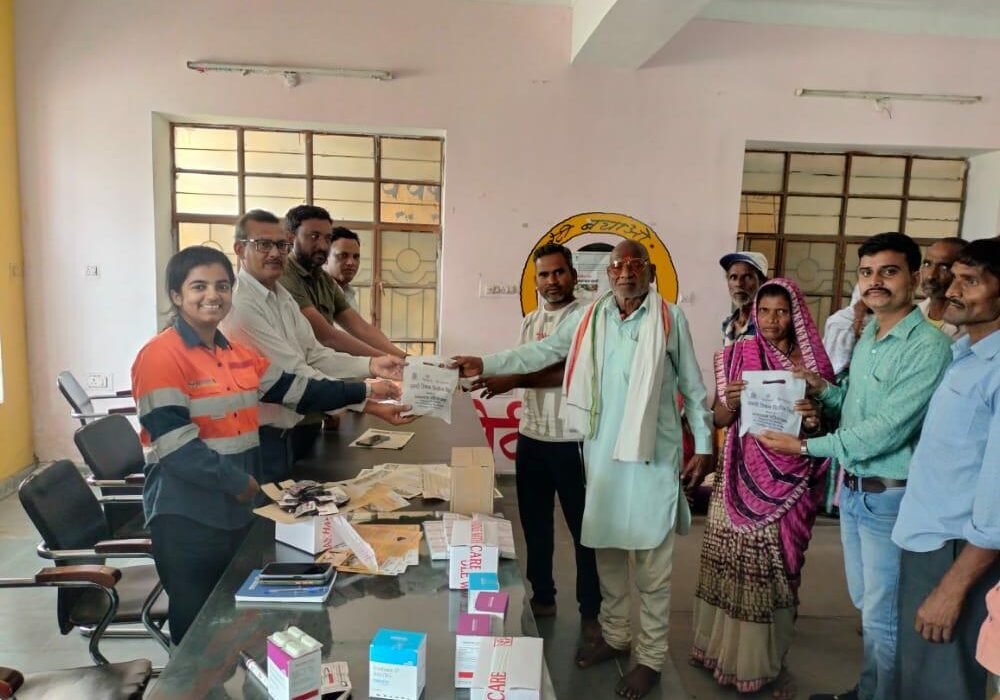 4th Nov 2022:
Hindustan Zinc, a Vedanta Group-owned zinc, lead, and silver producer, under its Samadhan project has been relentlessly working to mitigate the spread of Lumpy Skin disease that has become a global concern as it continues to spread rapidly amongst cows. Fighting back the critical situation, several initiatives have been adopted across 185 villages in five districts of Ajmer, Bhilwara, Chittorgarh, Rajsamand, and Udaipur.

Under the purview of this initiative, the Samadhan team collaborated with District Collectors, Additional Directors and Joint Director of the Animal Husbandry Department in the State to strategize prompt actions to control the alarming situation. The on-ground team of Hindustan Zinc in association with government officials conducted six goat pox vaccination drives which have been proved 100% effective against the virus. Furthermore, with the guidance of the government veterinary department, fumigation camps were carried out wherein cypermethrin and hypochlorite solution were sprayed in around 185 villages covering around 23,000 households.

Additionally, more than 24,000 Medicinal kits were distributed and around 200 awareness sessions were conducted at the village level through Hindustan Zinc’s FIG and FPO platforms to educate the villagers about the effects of the viral infection on cattle. 35,000 pamphlets were distributed to sensitize the villagers about the disease and to provide detailed precautionary measures to be adopted for protecting their livestock from the viral disease.

Samadhan program, a Hindustan Zinc CSR initiative operational since 2016, along with BAIF, reaches out to farmers to provide quality assistance and knowledge about agriculture and animal husbandry. Hindustan Zinc is the only Indian company to be recognised at the S&P Global Platts Metal Award 2022 and has won the prestigious award ‘Corporate Social Responsibility Award. Strengthening the core belief of care for its community, the Samadhan project seeks to ensure sustainable livelihoods for earmarked families through integrated farming systems and livestock development.