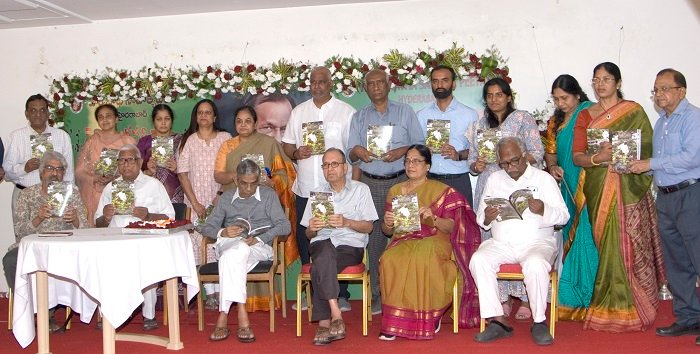 Many speakers praised the multi-faceted personality of Jagapathi Rao in the commemoration meeting. As a political leader, social philosopher, poet, and family manager, Jagapathi Rao was hailed as Dhishali(intellectual) who showed love, respect, and honesty. From the early days of the Telangana movement till today, he is hailed as a great person who stood till the end of his life without giving in to temptations with selfless courage.

Jagapthi Rao, who was suffering with health problems for quite some time, breathed his last while undergoing treatment in a private hospital in Hyderabad recently.

The 87 years old Rao was an MLA from the Jagtial assembly constituency on a Congress party ticket in the year 1972. Then became an MLC in 1978. Subsequently, he became an MLA in 1989 from Karimnagar.  He worked as AICC general secretary.

He was a  strong Telangana protagonist.  He wrote a number of articles in newspapers explaining the injustice done to Telangana along with statistics.