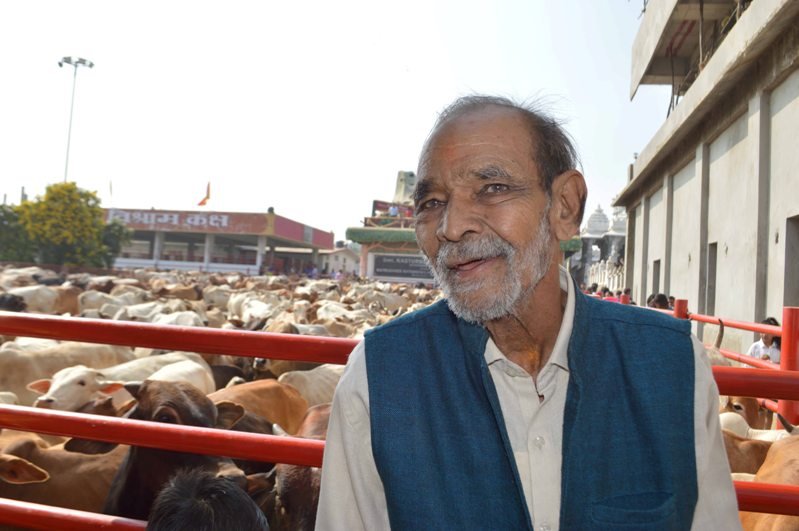 Hyderabad, 12th November 2022: South India’s biggest Goushala (cow shelter), Satyam Shivam Sundaram Gau Nivas located in 8 acres of land and home to about 5300 cows rescued from slaughterhouses is organizing a Grand Annakut Celebration here at its premises at Peddammagadda, Gaganpahad in city on Sunday, 13th November. It is also a

Govardhan Parvat Pujan – Gau Pujan will be held. The day will be marked by Bhajans and melodious songs. Shri Omji Mundel from Rajasthan will sing bhajans and spiritual songs. About 10,000 people, Gau-premise(cow lovers) are expected to grace the function.

Giving details Mr. Dharam Raj Ranka of Satyam Shivam Sundaram Gau Nivas said that the Annakut festival is celebrated at the beginning of each New Year. Lots of variety of food items prepared with love and devotion are offered to God. Thousands of devotees are expected to participate in the celebrations.

Dharam Raj Ranka added that although the literal meaning of ‘Annakut’ is “mountain of food”, it symbolizes an offering of food to God and the love and devotion that has gone into preparing it. As part of the Diwali celebrations, Hindus around the world cook a variety of different vegetarian items of food, snacks, sweets, pickles and delicacies as offerings to God.

Traditionally Annakut symbolized devotion by offering the first harvest and distributing this to all.

South India’s biggest and India’s best maintained ‘Gou Shala’ Satyam Shivam Sundaram (SSS) Gau Nivas gives a new meaning to the concept of cow protection. Cows who just escaped from the jaws of their death, get a decent life and royal treatment. It has been established by Shri Dharam Raj Ranka, a 82 years old man with a mission to protect India’s most revered animal ‘Cow’. Mr. Ranka has fully dedicated his life for the cause of Cow Protection. He is the pioneer of Gou Shala Concept in twin cities and has been instrumental in setting up several Gou Shalas.