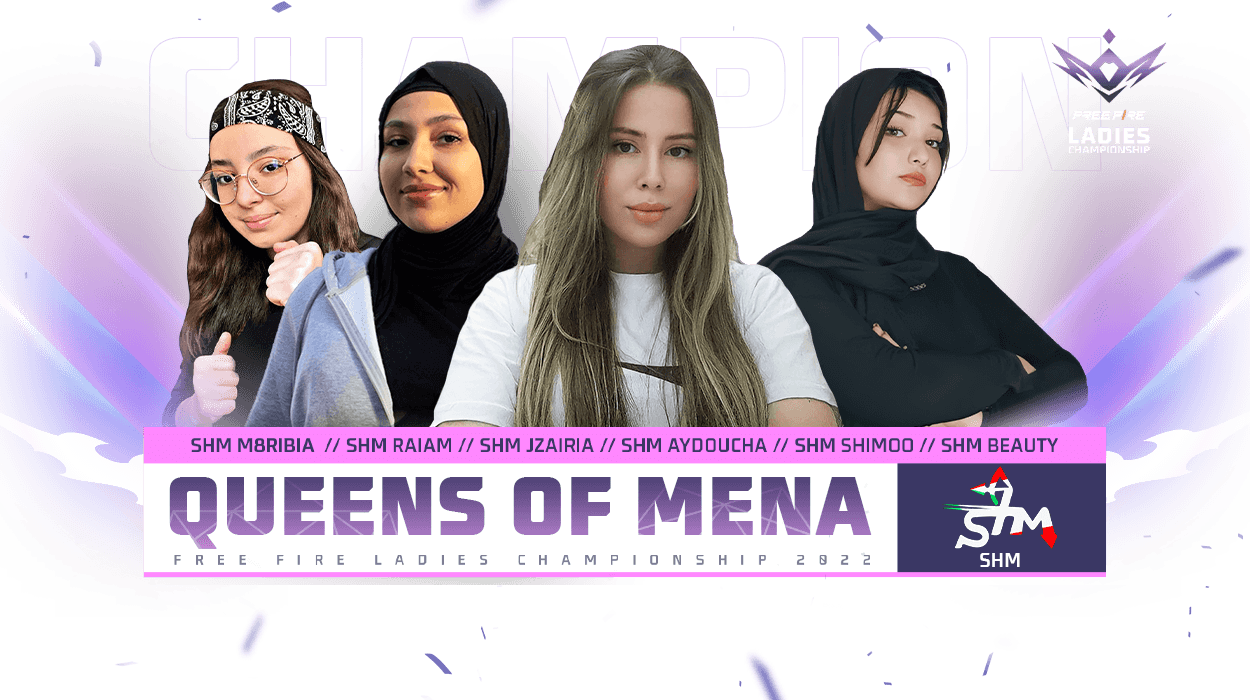 The Moroccan-Algerian SHM team won the title after defeating VAR Team from Algeria who finished second in the tournament. With this victory, the SHM team succeeded in registering its name in the history of Free Fire as the first team to win a women’s championship in the East and North Africa region.

The SHM team expressed their happiness with the victory and registering the team’s name as the first team to win the Free Fire Ladies’ Championship, the first of its kind in the Middle East and North Africa in the field of esports, and thanking Garena, the developer of the Free Fire game, for supporting and developing the women’s esports community in the Middle East and North Africa through its establishment of the Free Fire Ladies Championship (FFLC) which is entirely dedicated to women and provides an atmosphere for women to compete with each other.

12 contender teams across MENA region were invited to participated in the first season of the Free Fire Ladies’ Championship to compete in three phases, starting from October 28 to November 4, 2022, and some of the participating teams have a rich record of achievements and participation in the history of esports tournaments held by Free Fire during the last period, among the participants is the Algerian (All-Star) team, which The men’s team finished second in the Free Fire Arab League (FFAL) S5 and qualified for the Free Fire World Series (FFWS) 2022  Singapore in May 2022, as well as the Moroccan WASK team, and the Na9aba team from Morocco and Egypt.

It is expected that the second edition of the Free Fire World Series (FFWS) 2022 will be held in Bangkok, Thailand, this November, with the Play-ins taking place on 25 November, and the Finals on 26 November. Two teams from Algeria representing the Middle East and North Africa region will also participate.