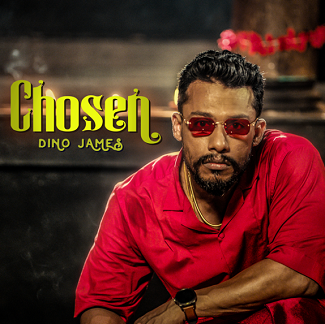 April 2022: Popular rapper, singer-songwriter and composer Dino James is all set to release another track, ‘Chosen’ with Def Jam India. Using the perfect blend of hip-hop music and underlying Indian classical vocals representing the Southern roots of India, the song conveys a very strong message about believing in yourself.

Chosen is a track that emphasizes self-belief and realizing that you are God’s chosen one.

Hip-hop music producer Aakash, who contributed to Dino’s Chosen, brings out the boom splash kind of beat on the track. With ‘Chosen’, Dino attempts to bring out his love for old school hip-hop, while fusing his South Indian roots with the underlying Indian classical vocals.

With this perspective of keeping the music video relevant to the audience, it was shot in Kerala where he could represent his motherland. Dino fuses his rap-based performance with the state’s traditional elements to bring out his own unique hip-hop flavour in the video. The official music video is out now and is an ode to Kerala’s culture of Bharatnatyam, Chenda, Allepy and more.

With this track, Dino justifies his story of a man driven by the raw, unadulterated passion for songwriting, who rose from within the masses, to emerge as an iconic persona in the Indian hip-hop circuit. Hailing from humble origins, Dino’s verses are often dripping with hard-hitting truths gathered from real-life experiences.

Dino James said, “This song holds a very special place in my heart as it represents my motherland, Kerala. Himanshu Tyagi who directed the video helped me bring this vision to life. I believe we’re all chosen to do something special in our lives and it is an amazing feeling to be able to speak your heart out through your art. I’m sure the listeners will be able to connect with me on a deeper level. It’s been an honor to work with Def Jam India, and far more bigger things are in store for us”.